The history of gutter systems - Hornval - offers interesting and original solutions for your home or company.

Today, the gutter systems seem obvious to all of us – the water is drained from the roofs and most of us pass it on to the agenda. However, it took a long time for humans to properly tame rainwater and effectively drain it into sewage systems. This is how roof drainage systems have evolved over the millennia.

For the cradle of gutter solutions, we should consider the Indus Valley, i.e. the areas of ancient India, where between 3300 and 1300 BC the Harrapan Culture developed. This is where the oldest documented rainwater drainage system comes from. It consisted of gutters made of baked clay bricks. In ancient Egypt, it was the gargoyles that were put first. These are decorative ends of gutters that protrude slightly beyond the walls of buildings. In the most significant buildings they usually took the shape of a lion’s head. The ancient Greeks also relied on the gargoyles. The materials used in the manufacture of the gargoyles were the marble, the terracotta and sometimes the stone. The ancient Romans perfected water management, to mention the famous aqueducts. In the 1st century AD, there were already gutter systems for draining water from the roofs connected with sewage systems. Thanks to such solutions, rainwater did not pour outside the building and was then transported to a designated location.

The UK is known for its rainy aura. It is a place where Roman architects and engineers brought their solutions already in antiquity, and in medieval times they were developed by the Normans, that is, the population of Scandinavian origin. It was the Normans between the 10th and 13th centuries who revolutionized the architecture of the northern Europe. The wood began to be replaced more and more often with the stone. It was no different with the gutter systems. Massive stone  gargoyles were becoming more and more popular. However, it was the French that took the creation of gargoyles to the next level. They became the real works of art. They took the form of humans, genuine animals, as well as caricatured characters. To this day, gargoyles adorn the most beautiful Gothic churches of France, such as the famous Paris Cathedral of Notre Dame.

In the 16th century, more and more building materials were available – also on the secondary market. It was during the Renaissance that they began to use the lead to make tanks in which rainwater accumulated. Another breakthrough time for gutter systems was the 18th century, when, for the first time in history, gutters and downspouts began to be made of iron. Wood was also used in the manufacture of the gutter systems. Wooden guttering was most often chosen by wealthy families and was very popularly used still in the 20th century.

The greatest development of gutter systems falls on the contemporary times – the end of the 20th and the beginning of the 21st century. More and more solutions are emerging on the market, modern technologies are also entering the production of gutter systems. New materials appear – lightweight plastics are becoming more and more widely used Aluminium and steel – environmentally friendly materials, as they can be completely recycled – take up the place of the harmful lead. These materials are also much more resistant to deformation and discoloration than PVC. 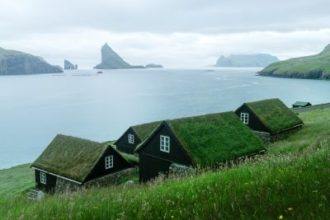 A roof that is alive

The trend on holding back to nature is noticeable virtually 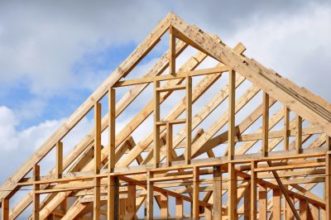 How to choose a roof truss for a particular type of roofing?

When choosing the type of roof covering, it should be 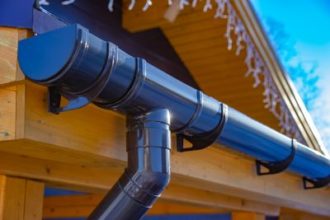 An efficient and tight gutter system is an indispensable element