The strangest roofs in the world - Hornval - offers interesting and original solutions for your home or company.

Modern technological capabilities combined with the imagination of designers – architects mean that at any time you can encounter highly unusual structures. This also applies to roofs. We invite you on a trip to places with the most unusual, weirdest roofs in the world. Our guide through the strangest rooftops of the world will take you to several places in Asia, but it also includes one place in Europe.

Shibuya is one of the most fashionable and elegant districts of the Japanese capital – Tokyo. It is known among the inhabitants of this world’s largest metropolis, and the visiting tourists, for its many shopping centers, bars, cafes and boutiques. There are many fascinating places to be found here, including one of the world’s strangest rooftops. Before the World Cup in 2002, one of the buildings got… its very own soccer field on the roof. This unusual roof offers a beautiful view of the buildings of Tokyo. This rooftop-pitch is used for training by people of all ages, and often hosts various sports and healthy lifestyle-promoting events.

We’re staying in Asia, but move to its mainland – to the capital city of China – Beijing. Here, on the roof of a 26 floor skyscraper … a villa was built. However, this is not the end of the strange circumstances on this particular skyscraper roof. This villa was surrounded by… rocks and trees, which was intended to resemble a natural surrounding… Moreover, this building was a land use violation. The villa belonged to a Chinese businessman – Zhang Biqing. However, it posed a threat to the proper functioning of the apartment block’s inhabitants, and therefore in 2013 the city authorities ordered the rooftop villa’s demolition.

We are still in Asia – but this time we are moving south to Singapore. Here at the top of the three towers, on the 55th floor, is the world’s longest elevated… swimming pool. It is 150 m long and has a very original shape – it resembles a surfboard. A beautiful panorama of this Asian metropolis can be seen from the top. Interestingly, the pool is constructed in such a way that it is possible to swim to its very rim… located on the edge of the structure.

We’re back in China – here building violations are clearly enjoying great popularity among wealthy businessmen. At a height of the 20th floor, one of them decided to build a private… temple. This strange roof is located in the city of Shenzhen in the southern part of China. According to the local media, the structure was built illegally and there are concerns about the risk of damage to the skyscraper’s structure… So far however, the temple remains intact…

Finally, we get to go to the Old Continent, to be more specific – its island part, Great Britain.  Selfridges is a large chain of luxury department stores. The first of these department stores was built in 1909, and the plan for the unusual development of the roof space was implemented in 1920. It became home to… a golf course. However, due to the bombing of London during World War II, the structure was destroyed. The building has waited a long time to be redeveloped. It was only until 2009 that a restaurant was opened here, and then on its rooftop… an artificial lake with… a waterfall. 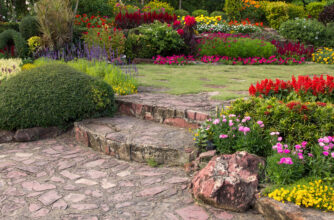 What to look for when designing your garden – top 10 tips

What to look for when designing your garden – top

How does the shape of the roof affect the costs of its construction?

How does the shape of the roof affect the costs 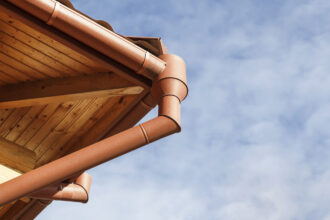